The next milestone in timber construction will be hit with the impressive project of Mjøstårnet. The over 80m high building will be built in Norwegian Brumunddal and it will be the world’s tallest wooden building.  Planning is already under way and work at the building site is expected to start in April 2017.

Arthur and Anders Buchardt of AB Invest AS and contractor HENT AS have entered into a turnkey contract to build Mjøstårnet in Brumunddal. At the same time, HENT AS has entered into a contract with Moelven Limtre AS. The company in Moelv will be the turnkey subcontractor and will supply glulam, Kerto and cross laminated timber for the tower structure and swimming hall in the project.

Mjøstårnet's overall size will be around 15,000 m2, and will span 18 storeys and include apartments, a hotel, offices, a restaurant and associated common areas.

The main structure is based on glulam, with slab elements which will consist of a combination of glulam and Kerto, and façades as wooden elements. This is in tune with the "green shift," and evidence that wood is a material that can compete with traditional solutions in high-rises too, enabling climate-friendly building as long as one is committed to that.

CEO Rune Abrahamsen of Moelven Limtre AS, Rune Abrahamsen explains that Mjøsparken will consist of glulam in columns, beams and diagonals, and cross laminated timber in elevator shafts and stairwells.

“The tallest building – the one we call Mjøstårnet – will have wood-based slab elements in the bottom ten storeys in the form of Moelven's Trä8 elements. Moelven Limtre will supply and install all wooden structures. Installation will take place from September 2017 and until April 2018.” Abrahamsen says. 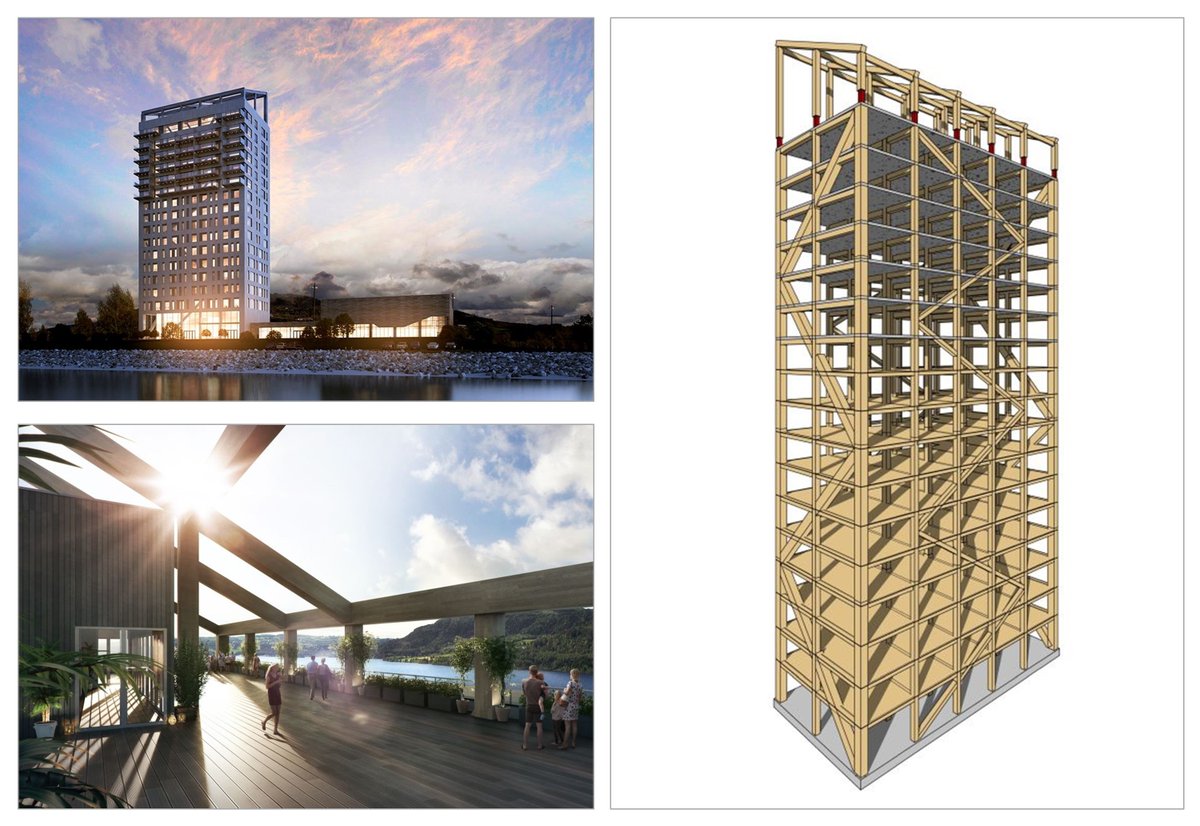