Circular Economy – The positive role of wood in construction

On 4th March, the  EU Commission published  a comprehensive report on the implementation of the Circular Economy Action Plan, adopted in December 2015. The report presents the main results of implementing the action plan and sketches out open challenges to paving the way towards a climate-neutral, competitive circular economy where pressure on natural and freshwater resources as well as ecosystems is minimised.

The findings of the report were discussed on occasion of the annual Circular Economy Stakeholder Conference held in Brussels on 6 and 7 March and attended by EOS.

The annual Circular Economy Stakeholder Conference, hosted by the European Commission and opened by First Vice-President Timmermans, and by Commissioner Bienkowska (via a video message), explored the Circular Economy Action Plan, taking stock of its implementation.

The Commission Vice-President MrTimmermans, the Socialist candidate for the European Commission presidency, stated that the EU must urgently adopt progressive carbon pricing in order to tackle climate change. The tax system should be used in a way that demonstrates the low-carbon transition is being rolled out fairly. “We need to urgently look at taxation, how taxation is supporting our efforts to go into a circular economy is a big question. Do we need a CO2 tax at European level? I think we probably do.”

Timmermans, who is currently , suggested that

The EESC President Mr Luca Jahier said that "the Circular Economy Platform and the ambitious initiatives emerging from it are again proof that Europe is at its best when it works together, when it pools the skills and know-how of its different stakeholders - EU institutions, organized civil society and European citizens.The Sustainable Development Goals, ambitious though they may be, are a necessity rather than goals, and they can only be achieved by working together. And while we must embrace them, we should also see the many opportunities they offer."

In its report the EU Commission recognise that the circular economy is now an irreversible, global trend. Yet, much is still needed to scale up action at EU level and globally, fully close the loop and secure the competitive advantage it brings to EU businesses. Increased efforts will be needed to implement the revised waste legislation and develop markets for secondary raw materials.

POSITIVE ROLE OF WOOD IN CONSTRUCTION. In the accompanying “Staff working document on Sustainable Products in a Circular Economy”, the EU Commission states “National legislation on building codes is sometimes silent on materials, or not up to date with the development of building products which could increase the energy efficiency and performance of buildings from a sustainability perspective as well as replace energy intensive materials e.g. also in tall buildings. An example is the permitting use under these codes of wood-based products, in particular so-called engineered wood products (EWP) such as cross-laminated timber (CLT), laminated veneer lumber (LVL) and glued-laminated timber (glu-lam), which can efficiently retain a long-term carbon pool - especially in wooden buildings. It is therefore vital to raise awareness on these aspects.

Report on the implementation of the Circular Economy Action Plan

Staff working document on Sustainable Products in a Circular Economy 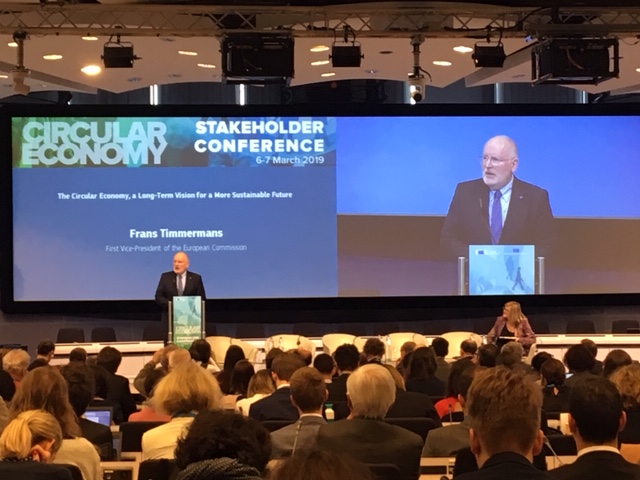 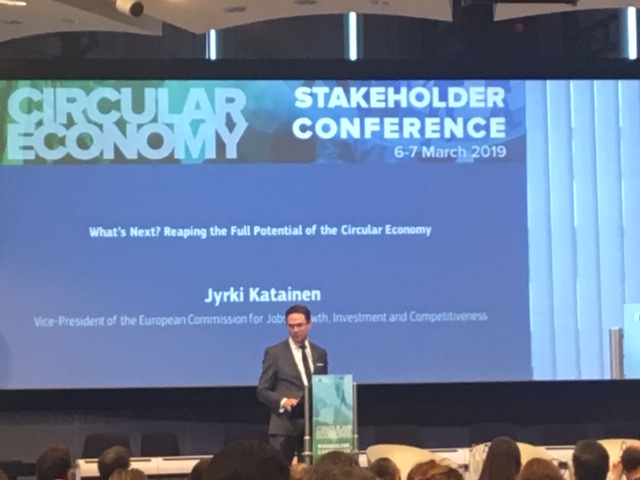