HARDWOOD: Changes to the Carcinogens and Mutagens Directive (2004/37/EC)

Concretely, the Commission is proposing to address exposure to 13 cancer-causing chemicals by including new or amended limit values in the Carcinogens and Mutagens Directive. These limit values set a maximum concentration for the presence of a chemical carcinogen in the workplace air. The proposal is based on scientific evidence and follows broad discussions with scientists, employers, workers, Member States' representatives and labour inspectors.

This proposal introduces limit values for 13 of identified priority chemical agents including hardwood dust, proposing the limit value of 3 mg/m3 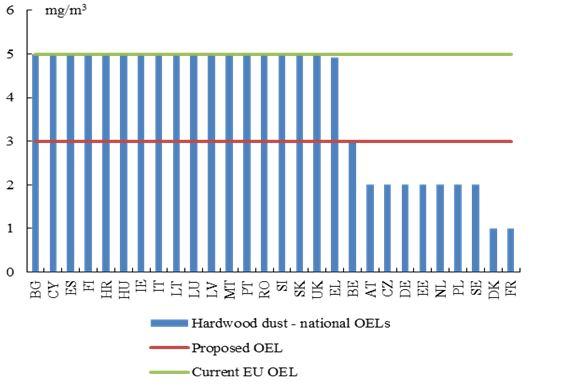 The official EU press release is avialble at the following link:http://europa.eu/rapid/press-release_MEMO-16-1655_en.htm