Softwood battles through headwinds back to growth

The consensus at the International Softwood Conference was that the industry is still dealing with the consequences of global recession in many areas.

The international speaker line-up at the recent Amsterdam event highlighted different countries emerging from downturn at different rates. The industry was also coping with market shifts triggered, or accentuated by the crisis, most significantly Asia, and notably China’s rising influence.

However opportunities were also identified in evolving trading patterns, the global move towards sustainable, low-carbon ‘bio economics’ and particularly the drive to green building.

The ISC itself was also judged a success. Held in the historic Koepelkerk and co-organised by the European Timber Trade Federation (ETTF) and European Organisation of Sawmill Industries (EOS), with the Netherlands Timber Trade Association as national hosts, it attracted 140 delegates, with nearly 200 at a spectacular gala dinner in the Rijksmuseum.

The opening global market presentation from analyst Rupert Oliver of Forest Industries Intelligence clearly showed an industry in overall recovery.  “Total softwood trade increased from 275 million m3 in 2010 to 315 million m3 in 2014, with consumption up from 272 million m3 to 313 million m3,” he said. “That’s a significant rebound.”

EOS President Sampsa Auvinen acknowledged the worst of the recession was over, but described recovery, notably in Europe, as a ‘roller coaster of market ups and downs’. There were also now concerns about European softwood output outstripping consumption, despite talk of an EOS country reduction to 79.6 million m3 this year. European mills also faced the challenge of becoming more responsive to demand fluctuation in order to service more volatile, developing markets worldwide. 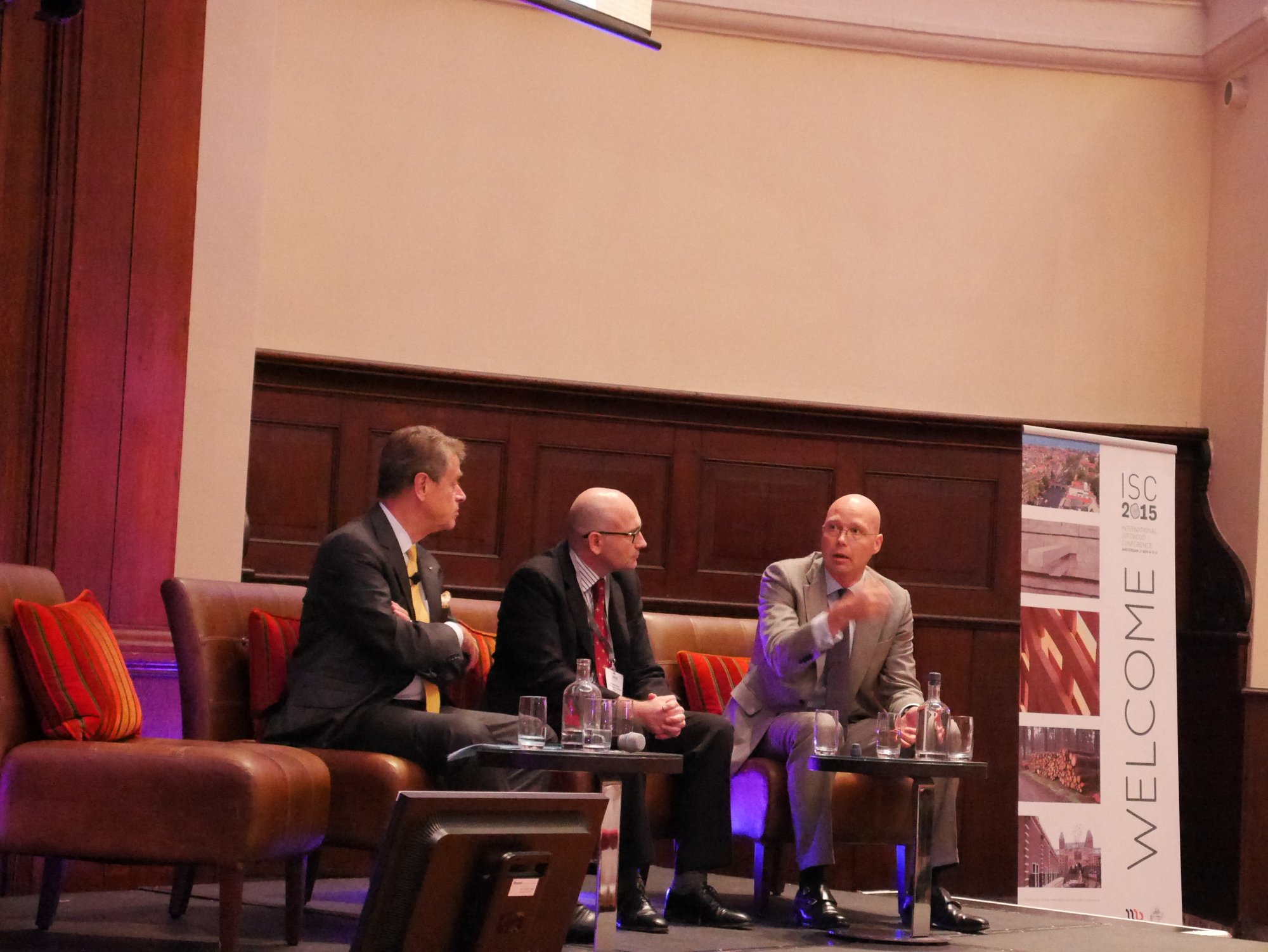 Marc Brinkmeyer, Chief Executive of Idaho Forest Group, said the US and Canadian softwood sectors also faced ‘headwinds’. But underlying trends were positive, with US annual housing starts back over 1 million and lumber demand forecast to hit 53 billion board feet in 2017, against 42 billion last year.

According to Ilim Timber’s Sviatoslav Bychkov, the Russian softwood sector was on an upward track too, having adapted to log export curbs, sanctions and the ruble’s volatility. Sawn exports rose 5.4% to 21 million m3 in 2014, with 22 million m3 forecast this year.

Reviewing prospects in Morocco, Algeria, Libya and Tunisia and the wider Middle East and North African (MENA) region, Guillaume Hotelin of Comarbois and Jan Gustaf Roempke of ARA Timber accepted the softwood sector faced major obstacles, from conflict, to lack of credit. But they also highlighted opportunities in MENA markets, which have a combined population over 400 million currently import 10 million m3 of softwood a year, mostly Nordic/European and Russian, and typically have growth rates over 3%. They also flagged up opportunities in post-sanction Iran. 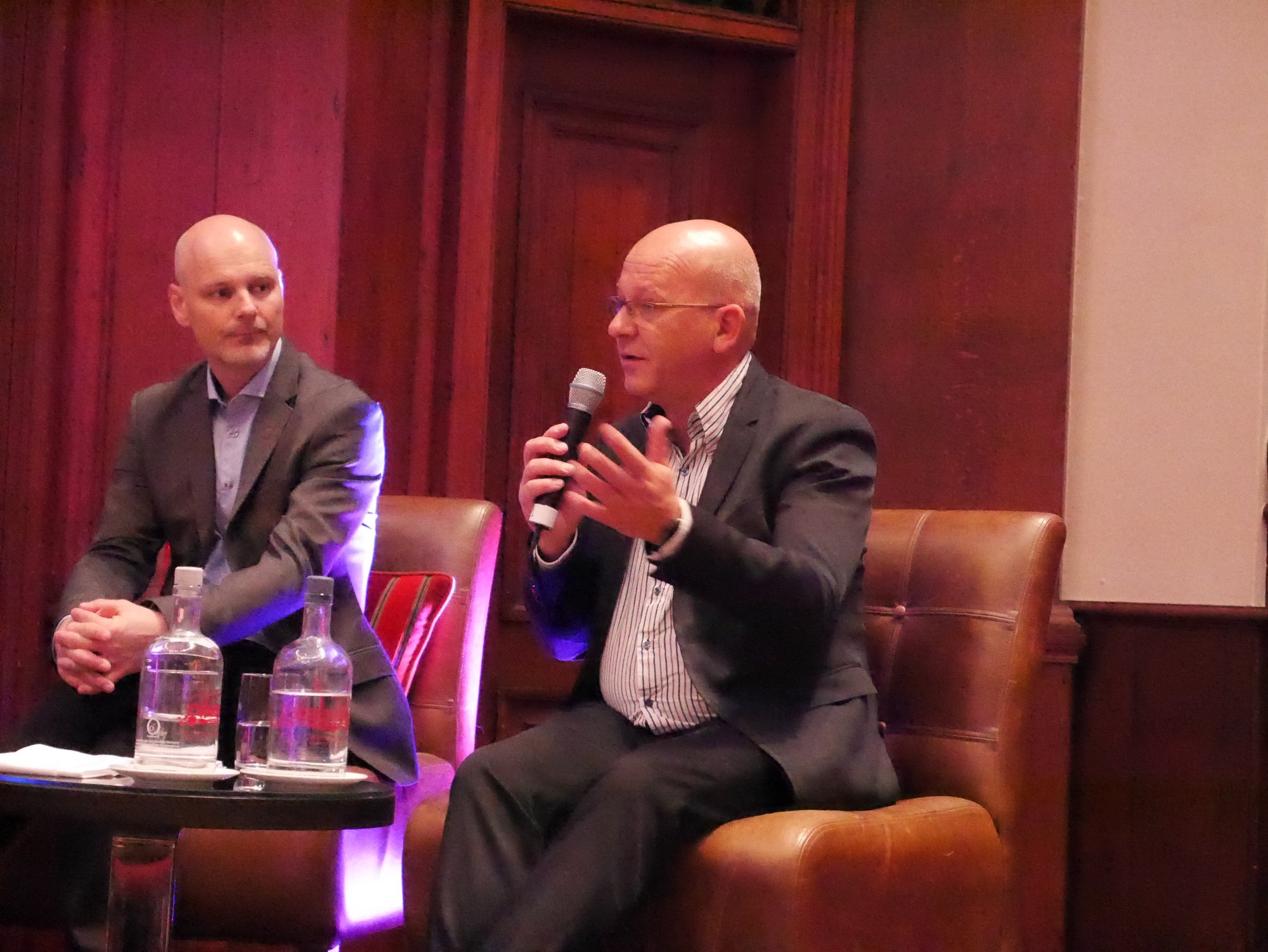 (Panel discussion; from the left Mr Kleppe and Mr Bosch)

All presentations given during the 2015 ISC are available at the following link: