The sawmill industries: the backbone of the bio-economy

“In an evolving green economy the European Sawmill Industry plays a key role and it can be defined as the backbone of the bio-economy. Indeed residues from sawmill processes can be converted into a broad range of wood-based products including bio-composite materials, bio-plastics, textiles and carbon-neutral biofuels. Simultaneously, the production of saw-logs, and the correlated use of by products and residues, complies with the resource efficiency principle, guarantees the highest profitability for forest owners and assures the raw materials needed for developing the bio-economy”.

This is the take-home message of the EOS General Assembly held on 16 June in Brasov and co-hosted by EOS Member, ASFOR, the Romanian Forestry Association and by the EOS Associated Member, Mr Gerald Schweighofer, who opened the doors of his highly technological sawmill plant in Reci to the EOS Members and to the EOS special guests: Elsham Timber, the Polish Economic Chamber of the Wood Industry, Möhringer and Mr Otto Zvagins  from Ikea.

The EOS Members unanimously recognized that “the know-how, in using raw wood resources and residue streams built up by the wood-processing industries, represents an essential role in the bioeconomy”. To address global challenges such as climate change, a growing population and resource scarcity, Europe must find pathways to produce goods, food and energy by using renewable organic materials more widely.  In this sense, the promotion of timber construction is anchored in the bioeconomy concept.

There is no doubt that any strategy aiming at boosting the bioeconomy should be supported by measures to ensure a sustainable supply of biomass particularly through reforestation, afforestation and wood mobilization solutions identified in the framework of sustainable managed forests. 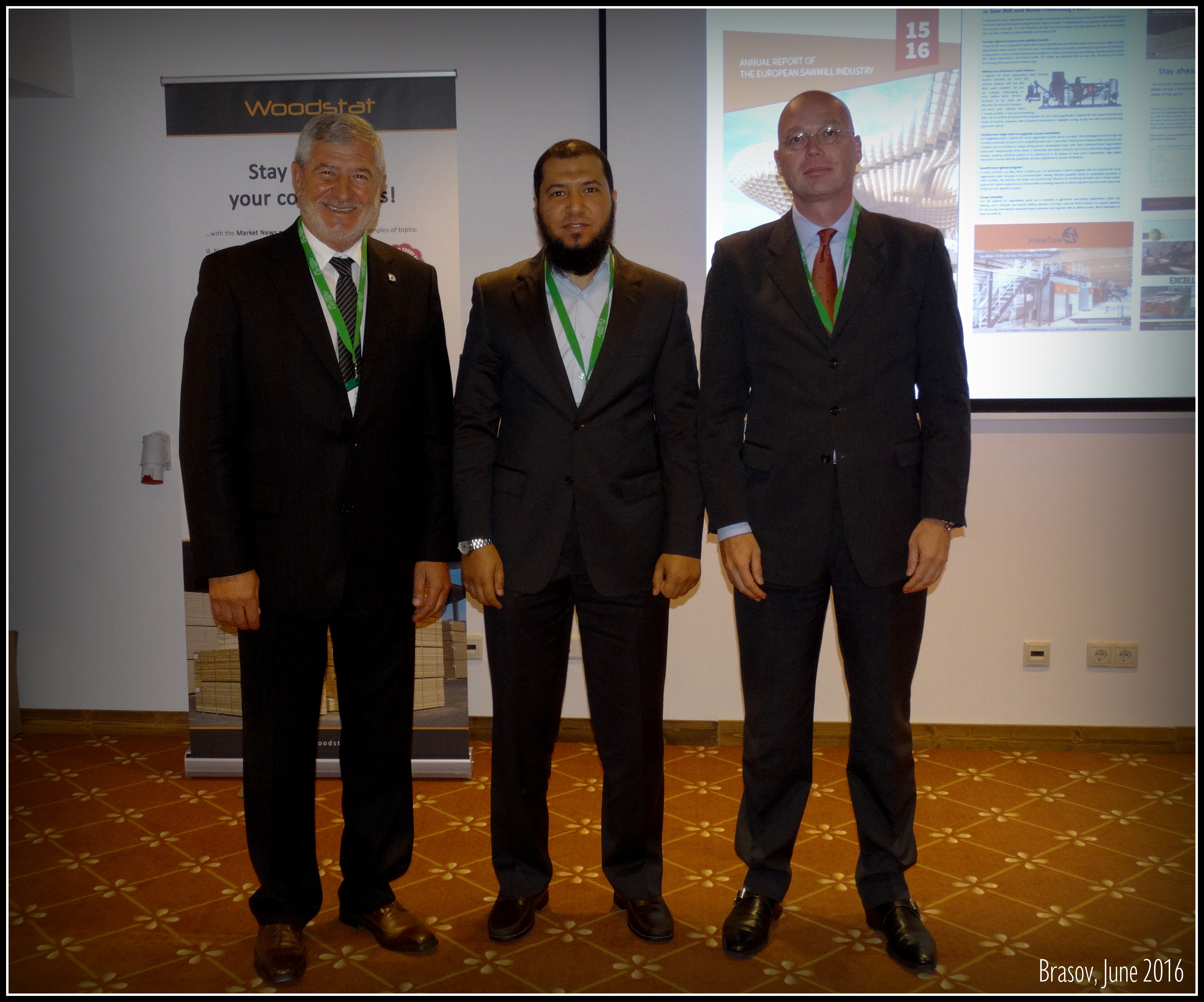 ASFOR President, Mr Nicolae Tucunel provided with a detailed analysis of the Romanian market. “In Romania 65% of forests are owned by the state, while the rest is in the hands of the private sector. In 2014, 17.9 million m3 of wood was harvested, of which 8.5 million was softwood, while 9.4 million was hardwood. 3.5 million m3 of sawn softwood was produced, while the production of hardwood reached 1.7 million m3”. Looking to the future, Mr Tucunel reckoned that in 2016 lower exports and higher imports are expected. The industrial wood quantities in the market will decrease, but overall the local market will have the necessary quantity of wood to use, though prices are expected to increase.

Ibrahim Elshal, CEO of Elshal Timber, special guest of the EOS General Assembly, gave an insightful presentation on the Egyptian market. He highlighted that the construction market in Egypt has a remarkable growth potential due to a fast-growing population – at present Egypt’s population exceeds 93 million people and in 2050 it is projected to reach 170 million people. Egypt does not have a sawmilling industry so its wood demand is fully satisfied by imports: the country is already a very relevant export destination for some European countries, including Sweden (more than 1.3 million m3 of softwood, -14% compared with 2014) and Finland (more than 1.2 million m3 of softwood, +3% vs 2014). Overall Egypt imported 5 million m3 of softwood in 2015, 3% more than in 2014.

Looking forward to meeting the EOS Members in occasion of the 2016 International Softwood conference that will be held in Paris on 13-14 October 2016, the EOS President, Mr Auvinen, concluded the General Assembly.

The 2016 EOS Annual Report has been sponsored by Woodstat, Spanner RE2, HewSaw and Möhringer and includes special focuses on China, Japan, Russia and the Western Balkans. For further information on the 2016 Annual Report and/or on the 2016 International Softwood Conference, please do not hesitate to contact the EOS secretariat: silvia.melegari@eos-oes.eu and/or diego.benedetti@eos-oes.eu

[02.09.2022] Registration for the International Hardwood Conference is open!