POSITIVE PROSPECTIVE FOR THE TIMBER MARKETS

On the 13th and 14th October 2016 the 64th edition of the International Softwood Conference was held in the facilities of the Paris Marriott Rive Gauche Hotel & Conference Center. This year's conference had one of the highest attendance ever - almost 200 participants -, and it was hosted by the French Timber Trade Association (Le Commerce du Bois - LCB), the French National Organization of Sawmills (Fédération Nationale du Bois - FNB), and, as usual, by the European Organization of the Sawmill Industries  (EOS) and the European Timber Trade Federation (ETTF).

Paris, the 14th of October - The Conference opened with the traditional market analyses provided by authoritative experts in the sector. It was emphasized that 2016 is set to be the year on record with the highest amount ever of sawn softwood traded at global level. The analysis of production and consumption suggests that the moderate growth which was observed in 2016 is expected to continue into 2017. Indeed, from 2011 to 2015 the production grew by 14% at global level. North America, which along with Europe remains the most relevant macro-area of the world in terms of production, is the main driver of the rise in global production. Also in Europe, at any rate, the situation can be described as moderately positive with the market showing positive signs of stability. The availability of raw material at European level is overall encouraging though some challenges persist locally and on average 2017 may see a slightly lower logs’ availability than 2016.

Therefore, overall, the picture at global level seems optimistic. The long term potential of the market is impressive as per capita consumption in some of the fastest growing countries in the world is still very low compared to North America and North European countries.

In spite of this, some areas of concerns persist and include the Middle East and North African countries. The MENA region already represents a very relevant export market for several European countries and with its growing and youthful population and need of housing has an even higher potential. However, years of political instability have taken their toll as in the last few years sawn softwood imports have been stagnating. Due to high political and economic volatility, it remains difficult to make forecasts for the future but it is likely that the present challenges will cast their shadow even in the years to come.

Another area of concern is the British market. Commenting on the Brexit vote, the EOS President, Mr Sampsa Auvinen stated that the effect of this political decision on the European and British market is quite unclear and it will be difficult to make realistic forecasts, nevertheless business activity has been very good in the first 8 months of the current year with housing starts being very strong. Clearly, as Mr Auvinen highlighted, because of the Brexit, the United Kingdom will face an uncertain environment. As it has often been the case over the last few years, the industry will remain highly dependent on currency fluctuations. Rapid and sudden changes in currency quotations cause shocks and can redirect trade flows in unpredictable ways.

Evaluating wood availability, Mr Auvinen stated that “in Europe there is an ongoing threat of overcapacity in pulp logs, bark and sawdust.  In Finland forest chips are being subsidized, putting pressure on sawmills’ by-products”. Moreover, the situation has worsened also due to cheap fossil fuel prices and a couple of warm winters. The threats related to the dramatic low demand for sawmill by-products was stressed and one more time emphasized during the panel discussions moderated by Mr Döry, in which CEOs coming from different countries - such as Germany, Sweden, Finland, The Netherlands, France, and Latvia - expressed the same concerns.

“The economic recovery that is taking place will continue into 2017 and will have a positive impact on the timber market in the EU. The demand for timber product is expected to grow but it is linked with and dependent on the construction market. At the moment wood in construction is spreading everywhere. A continuous balance and stability in the market is appreciated by all players in the market”, as the President of ETTF, Mr von Möller stated.

In the second and final day of the Conference, it has been reiterated that China and Japan will remain strategic and strong markets for the European exporters while India has a big potential because of its favorable demographics and rapid real estate growth, coupled with relatively easy conditions of market access.

The next edition of the International Softwood conference will take place in Germany –Hamburg – in October 2017. For more information and to download the 2016 ISC presentations please visit the website http://www.isc2016.fr

The International Hardwood conference will be organized in Italy, Venice, in November 2017. The dates will be soon communicated. 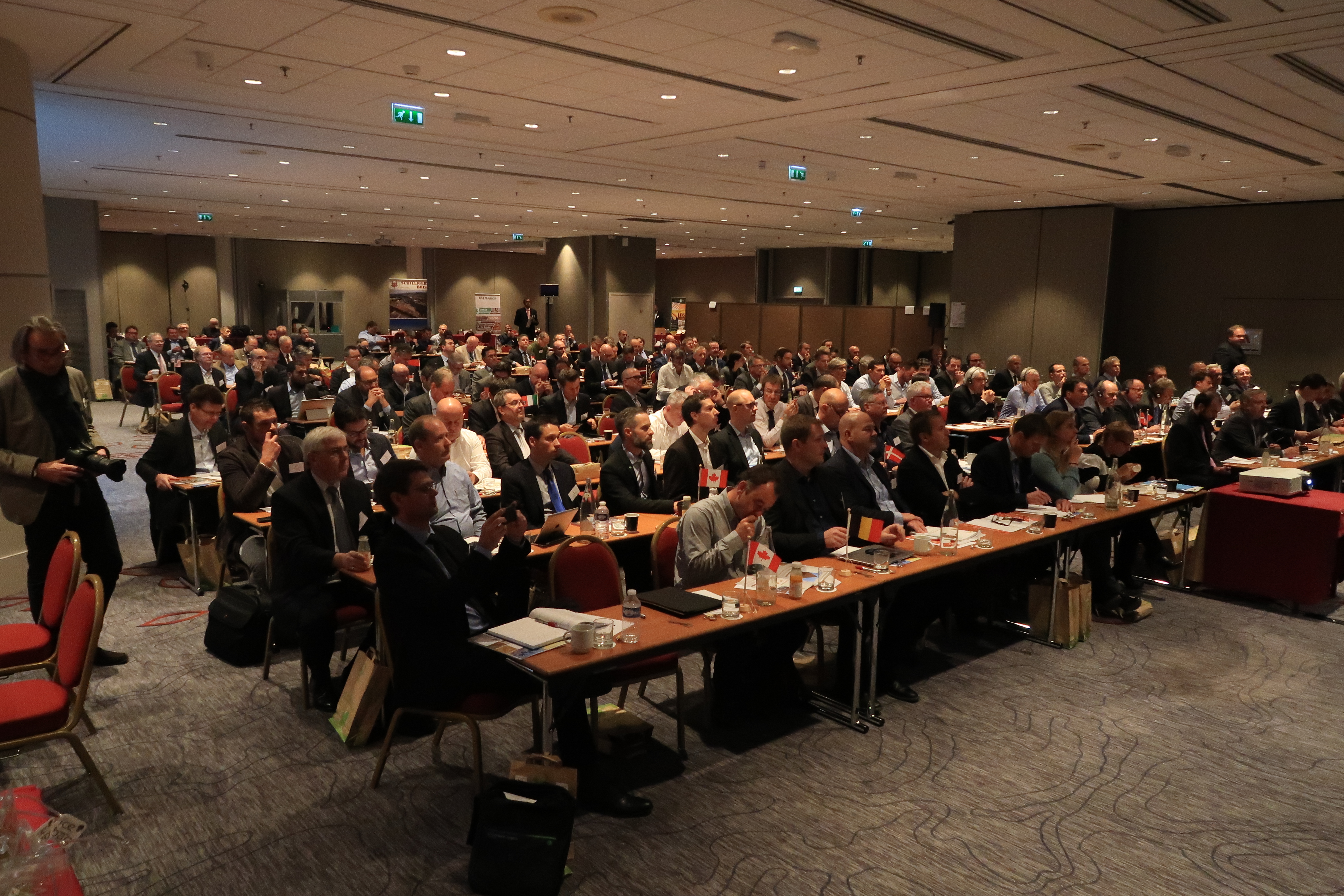 In the picture, a moment of the 2016 of the International Softwood Conference.